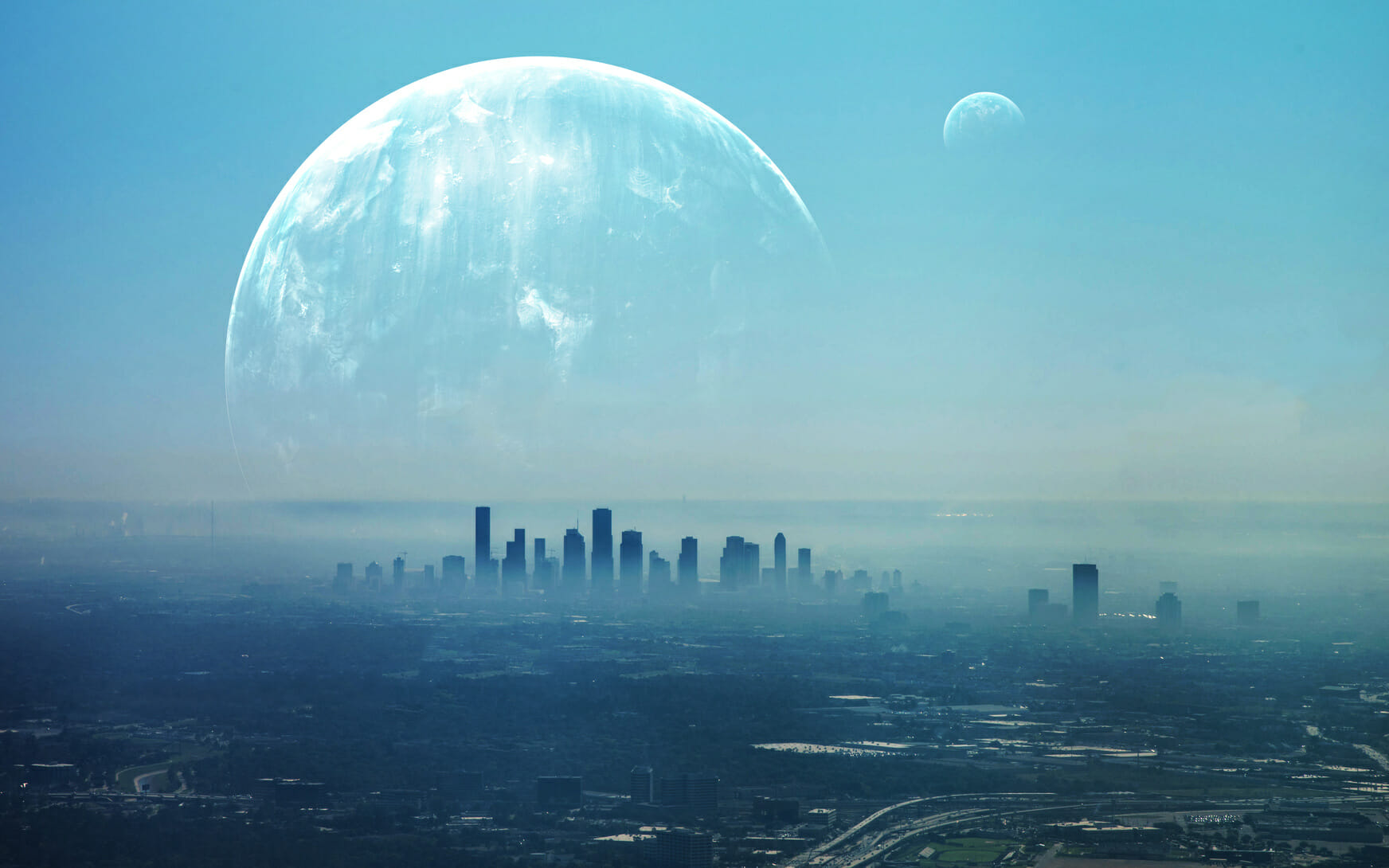 In 2352 AD, humankind has irresponsibly short-changed themselves as the destructive forces of greed-fascism exploit our home for its perceived riches at the sacrifice of the ’wellbeing’ of the human condition. The battle to preserve THE GLASS PLANET from Minister Riverstrike and the human forces seeking dominance and wealth over the masses is on the shoulders of the two time-travelers from the 20th century who gain celebrity as the first time-travelers in history. They inspire the Zealot Sentinels, lead by the Commander Janalake, who is a trusted advisor to Minister Riverstrike, but she harbors a mysterious past with an affection for the proletariat. The future of the existence of the human race will forever change, if it is able to survive at all, by preserving THE GLASS PLANET!

The View From Here
Leon Stevens
$0.99

Two heads are better than one.

What would you do if you found yourself on or in another world? Do you have the skills and knowledge needed to survive or to make sense of what you see?

Thomas sets out on a hike he has done many times before. Taking only what he needs for the three or four hours he expects to be gone, he passes a vehicle in the parking lot. The handwritten note on the dashboard read: Not Abandoned. The view at the end of the trail was not what he expected—neither were the friendships.

Two adventurous people in an unknown world. Only their physical fitness and combined knowledge will get them through everything they may encounter.

To save her family, Kaishi fights a desperate war for survival against enemies from Earth and far beyond. Meanwhile, an alien warrior must choose between his honor and his orders as his love faces a fate worse than death.

Caught between warring factions, Kaishi and her tribe face extinction. When a burning meteor lights up the night, Kaishi investigates and finds a creature with answers for everything, with secrets that could let Kaishi save her people. All Kaishi has to do is follow Its orders, no matter where they might lead.

Sax leads a final assault against the galaxy's most hated enemy, one that holds surprises deep inside its besieged ship. With his claws, teeth, and tail, Sax is a living weapon, but some evils are not so easily erased. He must hunt down every last one, and if Sax survives the assault, he'll turn his eyes to Earth.

Starshot is the first book in The Skyward Saga, a completed sci-fi adventure series that features mind-bending alien encounters, far-future action, devious villains, and a heroine that won’t stop fighting.